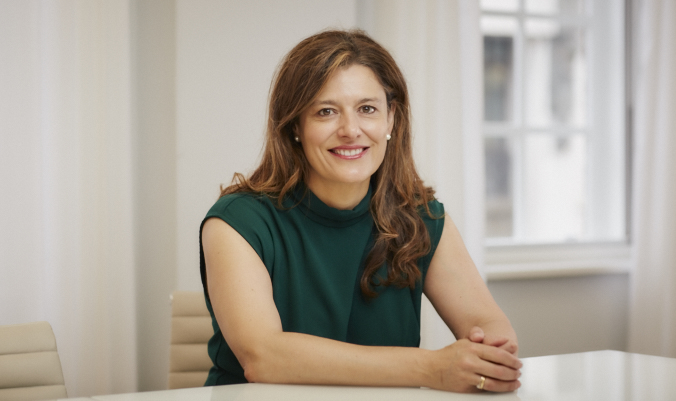 Miriam has been recognized by The Legal 500 UK for her work related to international trade law policy, Brexit, and investigations. The European Women in Business Law Awards 2017 named Miriam “Best in International Trade,” and she was recognized as one of the Financial Times & HERoes “Top 100 Female Champions” in 2018. Miriam was also listed in Euromoney’s Expert Guides in the Women in Business Law and International Trade categories.

Miriam is a frequent writer for British and Spanish publications including The Financial Times, the Times, The Independent, and El Confidential. She is a Member of the European Council on Foreign Relations and former Honorary President of Canning House.

Prior to joining C&G, Miriam served as co-chair of the International Trade and Government Regulation practice at Dechert in London. Previously, she spent seven years at the European Commission as a Senior Member of the Cabinet for EU External Relations Commissioners Chris Patten and Benita Ferrero-Waldner and as an EU negotiator to the World Trade Organization.

Miriam graduated with a degree in Law from the University of Valladolid in Spain and received a master’s degree in European Policy from the College of Europe in Bruges, Belgium. She is the founder of Inspiring Girls International, a global organization which connects girls with female role models. Miriam is fluent in English, French, and Spanish.

Independent Member of the Supervisory Board and Vice Chair of the Board, UBS Europe SE

Member of the International Advisory Board, Instituto de Empresa

Member of the Board, ESADE Centre for Economic Policy and Political Economy

Member of the International Advisory Board, Duesto World Affairs and Strategic Issues

Member of the Editorial Board, Política Exterior

Cohen & Gresser Recognized for Financial Services Strength and Extensive Trial Experience in The Legal 500 U.S. 2021 Guide
International law firm Cohen & Gresser has been once again recognized in The Legal 500 United States. The 2021 guide highlights C&G for its financial services strength – emphasizing the firm’s “understanding of complex financial products and the operations of the financial services sector” – and its “extensive experience in jury and bench trials at the federal and state level.” Client commentary highlights C&G as “a cut above” and “very effective at knowing their audience, staying on message, and telling a persuasive and winning story.” The Legal 500 has recognized C&G in both the Advice to Individuals category and Advice to Corporates category of the Corporate Investigations and White-Collar Criminal Defense section. The guide notes the practice’s deep bench that “includes former federal and state prosecutors, and former in-house attorneys, many of whom are active litigators, and have unique experience of federal enforcement bodies.” C&G has also been recognized in the General Commercial Disputes category. The practice stands out for its capacity to handle “a diverse range of commercial disputes across numerous industries, including finance, software, technology and healthcare” and its ability to “handle complex, sophisticated matters in a cost-effective manner.” For the ninth consecutive year, C&G has been recognized by The Legal 500 in the Securities Litigation: Defense category for its “work on the defense of broker-dealers, investment advisors, hedge funds, and private equity funds in securities litigation and FINRA arbitrations.” In addition, Mark S Cohen is once again ranked as a “Leading Lawyer” for Securities Litigation: Defense. One client describes Mark as “one of the best trial lawyers I have seen” and goes on to recognize him for his professionalism, responsiveness, excellent judgment, and high-quality work. Recognized Practices: Recognized Individuals: Corporate Investigations and White-Collar Criminal Defense General Commercial Disputes Securities Litigation: Defense
Article:
Cohen & Gresser Recognized for Financial Services Strength and Extensive Trial Experience in The Legal 500 U.S. 2021 Guide
Related Attorneys:
Mark S Cohen, Lawrence T Gresser, Jonathan S Abernethy, Jason Brown, S Gale Dick, Miriam González Durántez, Melissa H Maxman, Nathaniel P T Read
Related Practices:
White Collar Defense and Regulation, Commercial Litigation, Securities Litigation
Offices:
New York, Washington, D.C.
Miriam González Durántez Speaks to Law360 Regarding New Brexit Developments

Miriam González is quoted in Law360 regarding the latest Brexit developments, noting that "sympathy appears to be growing in the EU for a longer postponement."

Miriam González's move to Cohen & Gresser is featured in the following articles:

In an article for The Times, Miriam González Durántez argues that Brexit trade talks between the UK and the EU risk resulting in a lose-lose game. She notes that, while most trade negotiations typically benefit both sides, both parties in this case will unavoidably end up with worse market and regulatory access than they currently have.

Miriam González Durántez writes about the upcoming Spanish election in an article for the Financial Times.

Miriam González Durántez and John W Gibson discuss the deal and no-deal implications for finance and sanctions following a “Brexit” in The Law Society Gazette.

John W Gibson and Miriam González Durántez discuss the parallels between the early enforcement of the Bribery Act 2010 and the UK Office of Financial Sanctions Implementation's first monetary penalty.