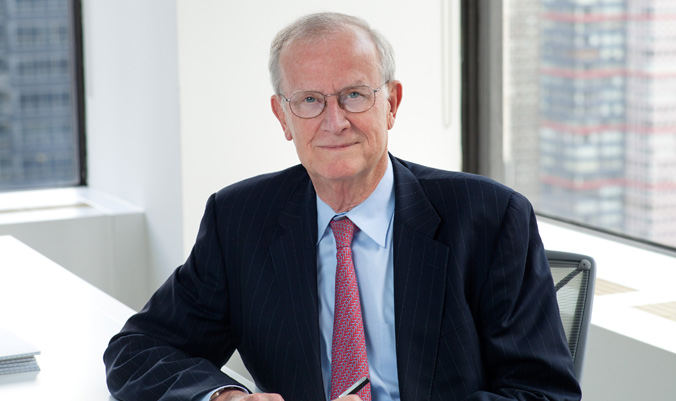 Thomas Bezanson has more than three decades of experience in commercial arbitration, the defense of products liability, and other civil actions, representing both U.S. and European clients. Tom has been recognized every year since 2017 by the Best Lawyers in America in the Commercial Litigation category and each year since 2018 in the Product Liability Litigation — Defendants category. He was awarded the title Empire State Counsel for pro bono representation yearly from 2006 – 2011, and in 2008 he was also awarded the first New York Lawyers for the Public Interest Pro Bono Leadership Award. He has been listed in The Legal 500 United States for litigation, Marquis Who’s Who in America, Marquis Who’s Who in Finance and Industry, and he has been recognized by New York Super Lawyers for Products: Defense each year since 2006, as well as in the Super Lawyers Corporate Counsel Edition. He has been in Law Business Research Limited’s The International Who’s Who of Business Lawyers and The International Who’s Who of Product Liability Defense Lawyers, as well as Marquis Who’s Who in American Law. Tom was “highly recommended” for dispute resolution in Global Counsel 3000, he was selected “Lawyer of the Week” by The Times of London, and he is rated “Preeminent” by Martindale Hubbell and “Superb” by AVVO.

Tom has served on the Duke University Law School Board of Visitors, the Board of the Legal Aid Society, the Board of New York Lawyers for the Public Interest, the Board of Directors of the Westchester Philharmonic, and on the University of Massachusetts College of Humanities and Fine Arts Advisory Board, as well as on the boards of numerous additional charitable organizations. Tom joined the firm from Chadbourne & Parke LLP.

Thomas Bezanson has more than three decades of experience in commercial arbitration, the defense of products liability, and other civil actions, representing both U.S.…

Member, Board at the Federal Bar Foundation

Member, Emeritus Board, New York Lawyers for the Public Interest

State judges have yet to be properly compensated for enduring 13 years without pay raises, especially since the state Court of Appeals found that lawmakers acted unconstitutionally in rejecting salary increases. C&G's Thomas Bezanson argued that it was long past the time when the court should make good on its 2010 finding in Matter of Maron v. Silver and order that judges receive what they lost in salaries and retirement benefits.

Tom Bezanson weighs in on the internal communication failures of General Motors Inc. in relation to the faulty ignition switch of the Chevrolet Cobalt, which has been linked to 13 deaths and 54 accidents.

The Federal Bar Council is an organization of lawyers who practice in federal courts within the Second Circuit. It is dedicated to promoting excellence in federal practice and fellowship among federal practitioners. It is also committed to encouraging respectful, cordial relations between the bench and bar.   The Federal Bar Foundation funds many of the worthwhile activities of the Council.   The purposes of the Foundation are to: "(i) facilitate and improve the administration of justice; (ii) to facilitate the cultivation and diffusion of knowledge and understanding of the law and the promotion of the study of the law and the science of jurisprudence and research therein, through the maintenance of a law library, and the publication of addresses, essays, treatises, reports and other literary works by students and teachers of the law; and (iii) to provide for the acquisition, preservation and exhibition or rare books and documents, sculptures, paintings, and other objects of art and historical interest, relating to the law, the courts and the legal profession."

In an interview with Corporate Counsel Business Journal, Thomas E Bezanson joins Hon. George Bundy Smith to discuss his role in Larabee v. Spitzer, a case in which he argued for increased compensation for four New York State judges.

A memorandum from in-house counsel advising company employees on how to maintain the attorney-client privilege over their communications with the company’s attorneys, and further explaining the nature of counsel’s relationship with the company and its employees.

This document includes an integrated note with important explanations and drafting tips for creating a letter from a company notifying a potential defendant of its intent to file a lawsuit.