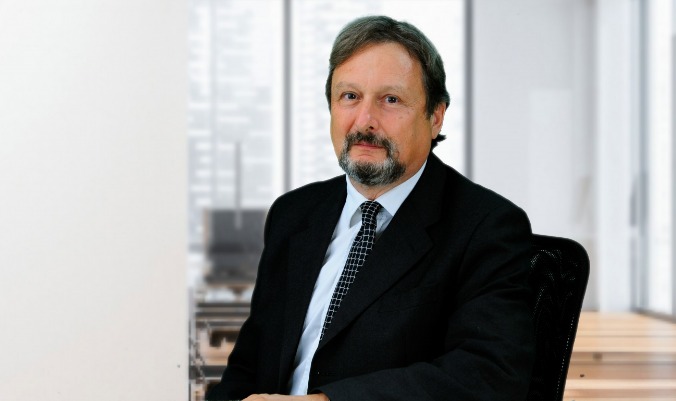 Andrew Mitchell QC, Of Counsel to Cohen & Gresser. Andrew has well over 30 years of experience advising clients in civil and criminal matters relating to financial wrongdoing including proceeds of crime, asset forfeiture, money laundering, bribery, corruption, and fraud. He has advised and represented both government authorities and private litigants and third parties in the United Kingdom and in a number of Commonwealth nations. Andrew has appeared in cases in the British Virgin Islands, Grenada, Trinidad and Tobago, Cayman Islands and the Turks and Caicos Islands. He has acted as an expert in local law in the Caribbean for the U.S. Department of Justice in relation to forfeiture matters.

Andrew has been ranked in Chambers UK Bar since 2012 and is ranked as a Star Individual in relation to Proceeds of Crime [POC] Work & Asset Forfeiture – All Circuits and in Band 1 for Financial Crime – London. He has also been ranked in The Legal 500 since 2012 and is recognized as a Leading Silk in the London Bar’s Proceeds of Crime (POCA) and Asset Forfeiture, and Fraud: Crime categories.

Clients and peers have noted that he is a “Famed individual, extensively experienced in POCA work, whose practice covers a wide array of cases including those concerning money laundering, asset recovery, bribery and corruption. “He is rightly called the king of POCA and is the go-to man in this area. He has a phenomenal capacity for hard work and gives clear advice.” “A smooth operator” who is “at the pinnacle of the market.” “A master litigator”. “His ability to digest information and give very clear advice to instructing solicitors and clients is second to none. When he walks into court he has a reputation that precedes him.”

Andrew is currently acting (leading a team of 3 other lawyers) in a corruption case involving the former Premier, cabinet ministers and attorneys in the Turks and Caicos Islands.

Andrew has advised and represented the UK Government with regard to the external requests for mutual legal assistance regarding multi-jurisdictional matters relating to insolvency and forfeiture law. He has represented the Governments of the United States, South Africa, and India in the Court of Appeal in England and Wales, and the House of Lords/Supreme Court.  He has appeared before the Privy Council (the final court of appeal from some Caribbean nations), representing a Chief Justice of one country in his challenge to a decision to prosecute him. Andrew advised the Government of Pakistan in Pakistan on behalf of the UK in relation to the prospective seizure of former politically exposed persons assets.

Andrew was the chair, on behalf of the Commonwealth Secretariat as the lead organization, which included the United Nations and the International Monetary Fund regarding the redrafting and updating of the model law for common law countries on proceeds of crime (including money laundering, criminal and civil forfeiture, and the financing of terrorism). Additionally, he advised the Commonwealth of the Bahamas in the drafting of a new ‘gold standard’ Proceeds of Crime Bill.

He has lectured and run workshops in the Caribbean and has been a guest lecturer at the Organisation of Eastern Caribbean States (OECS) Bar Association’s annual conference in 2009, 2014 and 2015 regarding asset forfeiture law. He has lectured and taught proceeds of crime law at judicial workshops for judges of the OECS, Trinidad and Tobago, Jamaica, Zimbabwe, South Africa, Mauritius, Palau, Papua New Guinea, Sri Lanka, Solomon Islands and Fiji. Andrew has lectured to anti money laundering officials in many European Countries, South America and Israel.

Andrew Mitchell QC, Of Counsel to Cohen & Gresser. Andrew has well over 30 years of experience advising clients in civil and criminal matters…