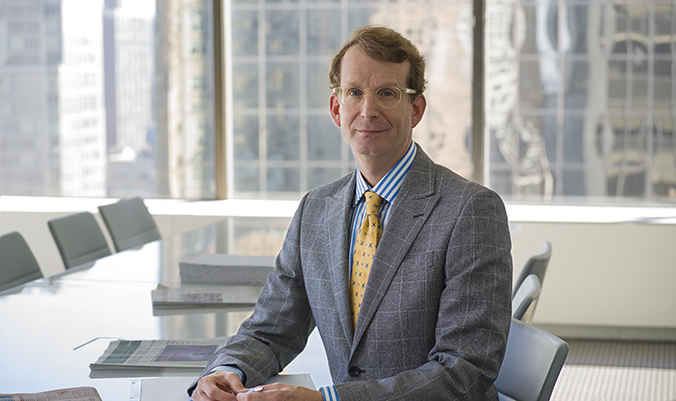 Jeffrey Bronheim is a partner at Cohen & Gresser and is the Managing Partner of Cohen & Gresser’s London office. He has over 30 years of securities and financial law experience representing fund managers, hedge funds, issuers and other alternative investment vehicles on all aspects of their business, including going public, structuring and forming investment funds, private investments and private placements, debt and equity capital markets, EU, UK, and US financial regulation, and issues relating to HR, tax, conflicts, investigations, and lending.

Prior to joining Cohen & Gresser, Jeff served as General Counsel of Cheyne Capital in London for a decade. Prior to that, he was counsel to the liquid markets business at Fortress Investment Group in New York, where he advised on the first NYSE hedge fund manager IPO. He was also in-house counsel to the investment banking division at JPMorgan Chase in London, Madrid, and New York for eight years, and at Credit Suisse for nearly three years. He began his career as an associate at Cleary Gottlieb Steen & Hamilton.

Jeff is the founding member of the FSA Committee on Market Abuse, and is a frequent contributor to HFM. He is also a member of the FMLC Asset Management Scoping Forum as well as a member of AIMA’s communication and legal committees.

Restructuring of $12 billion SIV in the financial crisis, including the first English Supreme Court case on the nature of asset-value insolvency.

Converting defaulting hedge fund into a run-off CLO structure – the only time this has been accomplished.

Merging and restructuring numerous funds in the financial crisis.

Purchase and integration of management arrangements into larger fund manager.

Confidential negotiations with government and union representatives to resolve a complex employee complaint relating to a real estate development.

Advising on the formation of a Luxembourg investment fund which would invest in Spanish real estate.

Speaking engagements with MEPs in Brussels, IOSCO in Madrid, and the AMF in Paris.

Cohen & Gresser LLP advised private equity firm Limerston Capital in its acquisition of Forensis Group Limited and Forensic Axis Limited (trading respectively as Forensic Access and Axiom International), specialists in forensics science services and premier providers of international institutional reform and capacity building. The combined acquisition will form the basis of a new, comprehensive international criminal justice services provider. Management and founders, led by Professor Angela Gallop, will retain a significant minority shareholding as part of the transaction and will work with Limerston Capital to expand the businesses through organic growth and strategic acquisitions. The terms of the transactions were not disclosed.

Jeffrey M Bronheim is quoted in Funds Europe regarding the regulatory barriers to entry that European investment firms must overcome in order to operate in the U.S. "Among these are procedural controls relating to valuations, illiquid securities, undisclosed fees, conflicts of interest, and insider trading," he said.

The opening of Cohen & Gresser's London office was featured in the following articles:

Cohen & Gresser announces its continued international expansion with the launch of its London office on June 1, 2018, led by partner Jeffrey M Bronheim. The office, which will be the firm’s fifth location globally and its second in Europe, will serve clients in all aspects of the investment industry, including hedge funds, private equity and venture capital funds, investors, and management companies. It will also focus on transactional work, cross-border litigation, and investigations.