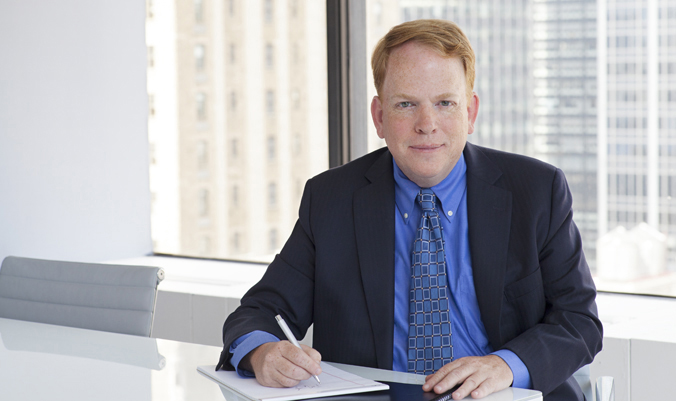 Ronald F. Wick focuses his practice on litigation concerning trade regulation, antitrust, and commercial disputes. He has represented clients at the Federal Trade Commission, in the courts of Maryland and the District of Columbia, and in federal courts across the country. In addition to his litigation practice, Ron advises clients on antitrust compliance, pricing discrimination, premerger notiﬁcation issues, and other compliance issues.

Ron’s trade regulation practice encompasses a variety of areas. He has defended clients against allegations of price-ﬁxing and attempted monopolization under the Sherman Act, price discrimination under the Robinson-Patman Act, and unfair competition and false and deceptive advertising under the Federal Trade Commission Act. He regularly advises and represents clients contemplating mergers and acquisitions, including by handling premerger notiﬁcation ﬁlings with the FTC and the Antitrust Division of the Department of Justice under the Hart-Scott-Rodino Act, and by working with both agencies to resolve potential antitrust issues arising out of mergers, acquisitions, and joint ventures.

In addition to his antitrust practice, Ron has litigated a variety of commercial disputes in state and federal courts. His litigation experience includes matters as varied as commercial asset-based lending arrangements, obstetric malpractice, insurance disputes, a challenge to federal higher education regulations, the attempted attachment of assets of a foreign government, and litigation under the False Claims Act. He has litigated cases in a broad range of areas, including intercollegiate athletics, medical equipment, longshore labor, public utilities, international shipping, and aftermarket auto parts.

Prior to joining Cohen & Gresser, Ron was a Partner in Cozen O’Connor’s Washington, D.C. office. Ron received his law degree from the Georgetown University Law Center and earned his Bachelor of Arts degree from Cornell University.

Ron is actively involved in the ABA Antitrust Law Section and currently serves in its leadership. He has been named one of Washington, D.C.’s Super Lawyers each year since 2017.

Obtained jury verdict and affirmance on appeal for aftermarket auto parts retailer against allegations that it unlawfully induced discriminatory pricing in violation of the Robinson-Patman Act.

Obtained summary judgment and affirmance on appeal on behalf of a Puerto Rican newspaper and its subsidiary in a lawsuit that alleged an unlawful tying arrangement involving advertising and commercial printing markets.

Obtained summary judgment and affirmance on appeal for major auto glass manufacturer against competitor’s allegations of a conspiracy to control the auto glass market and exclude competition.

Obtained summary judgment and affirmance on appeal for a Canadian potash producer against allegations of a price fixing conspiracy.

Obtained dismissal of a lawsuit alleging that online casino conspired to exclude competition brought by a potential competitor.

Obtained summary judgment on behalf of a group of cardiologists against allegations that it unlawfully conspired with a hospital to exclude a competing hospital from the market.

Represent class of NCAA Division I male basketball and football players in a civil antitrust lawsuit against the NCAA to eliminate its rule prohibiting players from obtaining compensation while in college.

Defended a major metropolitan daily newspaper in a DOJ action regarding a proposed modification to a newspaper joint operating agreement.

Obtained affirmance on appeal of dismissal of antitrust claim against a multi-employer collective bargaining association alleging conspiracy to exclude non-members from the market.

Regularly advise clients regarding potential antitrust implications of proposed mergers and acquisitions and have filed dozens of pre-merger notifications with the FTC and DOJ under the Hart-Scott-Rodino Act, including:

Regularly provide antitrust advice to a wide variety of clients regarding distributor and resale pricing, price discrimination, bundled and discounted pricing, potential mergers and joint ventures, collaborations and communications with competitors, and other issues with antitrust implications.

Obtained defense verdict at trial on behalf of a commercial asset-based lending company in a lawsuit brought by another creditor of the same law firm debtor alleging improper debt collection.

Represented an association of trade and vocational schools in a challenge to Department of Education regulations regarding federal funding for career schools.

Obtained defense verdict on behalf of a health insurance company in a lawsuit brought by a policyholder alleging improper failure to pay.

Represented a major metropolitan daily newspaper in a censure proceeding by a leading association of public opinion researchers, persuading it to close its investigation.

Defended a non-profit corporation in a lawsuit under the Colorado RICO and other state statutes regarding ownership and valuation of a golf resort.

Defended Baltimore TV station against a challenge by a competing broadcast company to the station’s license renewal application with the FCC.

Represented a commercial asset-based lending company in a breach of contract lawsuit against a now defunct law firm with respect to its loan agreement with the client.

Represented professional sports league in a negligence claim against its insurance broker alleging failure to properly maintain insurance policies and notify carriers of a covered event.

Ron Wick moderated this second installment in the Civil Practice & Procedure Committee's Class Action Series, which offered insights into best practices in presenting and rebutting economic evidence, including retaining and working with experts; tactical considerations and evidentiary issues unique to class actions; and the impact of the Supreme Court's most recent class certification decisions on antitrust class actions.