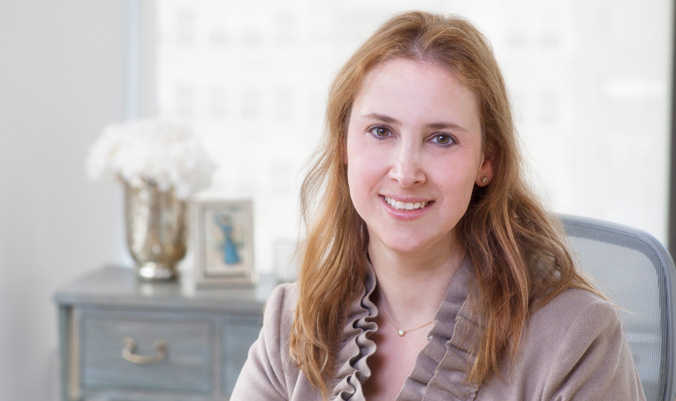 Alexandra Wald’s practice focuses on general commercial litigation, employment litigation, and intellectual property litigation. Her clients have included companies and individuals in the financial services (investment banks and hedge funds), manufacturing, renewable energy, consumer products, aerospace, and consulting industries, among others. She has advised clients with regards to contract disputes including breach of contract, allegations of fraud, trade secrets, and shareholder litigation. She has counseled numerous employers and employees in connection with separation from employment and restrictions on competition, in addition to issues relating to alleged discrimination and sexual harassment. Alexandra has regularly represented clients in intellectual property litigation, particularly relating to trade secrets, patent infringement, and trade dress.

Alexandra has twice received the BTI Client Service Award, which is an award granted on the basis of unsolicited recommendation by a Fortune 500 client for outstanding service. She was selected to become a member of the Litigation Counsel of America Trial Lawyer Honorary Society. Alexandra has been named one of New York’s Super Lawyers for business litigation each year since 2013 and was twice selected by Super Lawyers as one of the top 50 women lawyers in the New York metropolitan area.

Alexandra is a graduate of Columbia Law School, where she was a James Kent Scholar and Harlan Fiske Stone Scholar and was on the Editorial Boards of the Columbia Journal of Law and Social Problems and the Columbia Journal of Gender and Law. Alexandra formerly served as a Law Clerk to the Honorable Reginald C. Lindsay of the United States District Court for the District of Massachusetts, and she practiced with Cravath, Swaine & Moore. She is a member of the firm’s Diversity and Inclusion Committee. She is fluent in written French.

New York State; U.S. District Courts for the Southern and Eastern Districts of New York; U.S. Court of Appeals for the Second and Ninth Circuits

Member, Advisory Board of Law Clerks for Diversity

Board Member, National Center for Law and Economic Justice

Successfully represented renewable energy company in obtaining declaratory judgment in contract dispute with shareholders and former executive that was affirmed on appeal.

Represented investors in savings & loan holding company in action against U.S. government for breach of contract after government reneged on agreement regarding minimum capital requirements. Conducted deposition and expert discovery and served on trial team resulting in verdict in excess of $300 million in reliance damages.

Defended investment bank’s real estate subsidiary in connection with allegations of fraud and breach of contract in the purchase of a chain of assisted living companies.

Represented majority members of limited liability company in dispute over member’s resignation to form a competing company; obtained ruling that resigning member was liable for wrongful resignation based on LLC Agreement.

Successful defense of departing employees from major public consulting company against claims of misappropriation of trade secret, breach of restrictive covenant and breach of Computer Fraud and Abuse Act.

Advised and represented investment bank against claims in Enron bankruptcy.

Represented plaintiffs in action challenging compliance of Jefferson County, Alabama with consent decree after findings of discrimination in hiring of firefighters and police.

Defended cosmetics company against claim of discrimination on basis of race in selection of preferred vendors brought by preferred vendor applicant; matter settled after filing of pre-discovery motion for summary judgment.

Represented staffing firm in action based on alleged “raiding.”

Successfully obtained a preliminary injunction for our client, a leading provider of specialty tax software, to prevent a competitor from misappropriating our client’s trade secrets, using our client’s software to check the accuracy of its own computer programs, and interfering or causing others to interfere with our client’s contractual relationships.

Protection of portfolio of copyrights for leading manufacturer of luxury holiday collectables, including cease and desist letters, motions to seek expedited discovery to determine identity of contributing infringers such as suppliers and manufacturers, discovery, litigation, and negotiation of settlements on favorable terms.

Counsel National Federation of the Blind in matters related to equal access to places of public accommodation for the blind and vision impaired.

In this article for Law360,  Alexandra Wald defends the independence of the judiciary following a slew of comments said and tweeted by the current President.

Who bears the cost of a lost or stolen ring after a broken engagement?

A discussion on the Cariou v. Prince ruling in the context of determining fair use of existing art in creating new work. The article asks: what qualifies a new piece, which incorporates existing work from peers, as transformative enough to avoid claims of copyright infringement?

Recent precedents constructing "notice" provisions in employment agreements suggest that quitting is not so simple. Such provisions have recently come to the fore as potential mechanisms for employers to place limits on competition by departing employees.

This article examines how lawyer-client relationships have been impacted by 2009 passing of the the New York’s Rules of Professional Conduct legislation.

This course provided an overview of the New York Rules of Professional Conduct ("RPC") for attorneys, promulgated in April 2009. It focused on four key areas of change from the Code of Professional Responsibility that the RPC superseded.