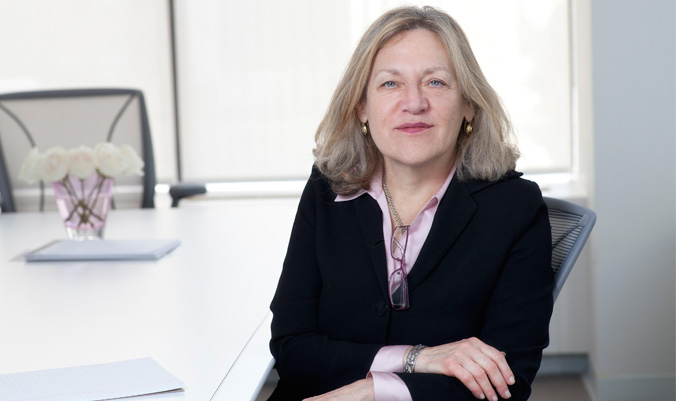 Elizabeth Bernhardt’s practice focuses on white collar criminal and regulatory defense. She has represented clients in investigations by United States Attorney’s Offices, the SEC, FINRA, New York District Attorney’s Offices, the Department of Justice, the CFTC, and the New York State Attorney General’s Office. Elizabeth also frequently advises clients in the context of internal investigations. She has argued over 70 appeals in state and federal courts. As an adjunct lecturer, she teaches Legal Practice at Columbia Law School.

Prior to joining the firm, Elizabeth practiced with Simpson Thacher & Bartlett, served as Supervisor in the Appeals Bureau of the Bronx County District Attorney’s Office, and taught at Fordham University School of Law. She has served on many boards and committees, including the New York State Continuing Legal Education Board. She is proficient in Spanish.

Member, The Association of the Bar of the City of New York

Represented fund and its chief executive in SEC investigation of alleged fraud and rules violations.

Represented investor in Department of Justice and SEC investigations of alleged violations of trading rules.

Negotiated advantageous consent agreement and a non-prosecution agreement for a business executive in an SEC and criminal fraud investigation involving alleged channel stuffing and fraud.

Represented business executives in SEC investigation in connection with allegations of aiding and abetting securities fraud.

Represented witnesses in Department of Justice investigations and trials.

A discussion about the erroneous predictions made about the outcomes of this case. Why were they made and how can we learn from these examples?

This alert discusses the importance of oral advocacy in any case and what improvements are needed in order save this method of argument from extinction.

The implications of the Galleon ruling in terms of white collar defense - specifically the growing use of wiretapping during insider trading investigations.

This article seeks to manage the expectations of senior executives, companies, and their counsel in light of the recent wave of lawsuits and criminal investigations of the officers and directors of failed banks as well as those who did business with them.