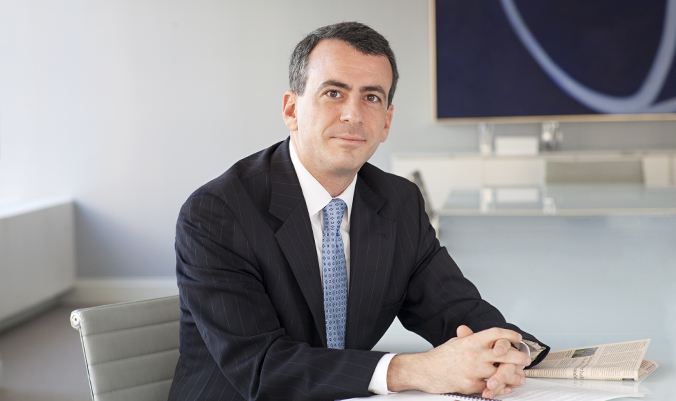 Christian Everdell is a member of Cohen & Gresser’s White Collar Defense & Regulation and Litigation & Arbitration groups and leads the U.S. Privacy & Data Security group. Chris represents companies and individuals in criminal prosecutions, internal investigations, regulatory enforcement proceedings, and complex civil litigation. He regularly defends clients in matters involving the Department of Justice (DOJ), the Securities and Exchange Commission (SEC), the Financial Industry Regulatory Authority (FINRA), the New York Attorney General’s Office, the Manhattan District Attorney’s Office, the Office of Foreign Assets Control (OFAC), and other government enforcement agencies. Chris has extensive experience in matters involving securities and commodities fraud, the Foreign Corrupt Practices Act (FCPA), international money laundering and Bank Secrecy Act (BSA) violations, consumer fraud, and U.S. economic/OFAC sanctions and export regulations. Chris’s practice also focuses on regulatory issues concerning digital currency, blockchain technology, and initial coin offerings (ICOs), as well as privacy and cybersecurity. Chris has been recognized by Chambers USA in its white collar crime and government investigations category since 2021, and has been described as having an “excellent knowledge of cybersecurity.” It has been further noted that Chris’ “insights and strategic vision, particularly when dealing with US regulators, are outstanding.” He has been named one of New York’s Super Lawyers for white collar criminal defense since 2019.

Prior to joining the firm, Chris served for nearly a decade as an Assistant U.S. Attorney for the Southern District of New York, where he was a member of the Complex Frauds and Cybercrime Unit and the Terrorism and International Narcotics Unit. While in the office, Chris tried a number of federal criminal cases and also briefed and argued numerous appeals before the U.S. Court of Appeals for the Second Circuit. Chris and his colleagues in the Complex Frauds and Cybercrime Unit were awarded the 2016 Federal Trade Commission (FTC) Prosecuting Attorney’s Award for exceptional commitment to consumer protection. In 2014, the Federal Drug Agent Foundation awarded Chris and his team the True American Hero Award for their work in the investigation and apprehension of the former head of the Sinaloa drug cartel in Mexico (“Chapo Guzman”).

Chris was previously an associate at Debevoise & Plimpton LLP, where he represented companies, audit committees, and executives in white collar criminal defense and regulatory matters and internal investigations involving allegations of improper accounting and revenue recognition, market manipulation, and channel stuffing. While at Debevoise, Chris conducted five felony trials while serving as a Special Assistant District Attorney in the Kings County District Attorney’s Office for a six-month pro bono term.

Prior to joining Debevoise, Chris served as a Law Clerk to the Honorable Raymond J. Dearie in the U.S. District Court for the Eastern District of New York.

C&G’s Commercial Litigation practice is once again ranked in Litigation: General Commercial: Highly Regarded. The practice is recognized for being “regularly sought after by individuals and corporates for representation in securities class actions and derivative matters, as well as various shareholder and product litigation.” Clients note that the team is comprised of “litigators that you don’t want to mess with” and is one that “you can rely on.”

C&G’s White Collar Defense & Regulation practice is ranked in Chambers USA for the ninth consecutive year. The practice maintains its position as one of the “Elite” firms in Litigation: White-Collar Crime & Government Investigations. Chambers highlights the practice’s “talented pool of litigators with a wealth of government experience” and its “international presence” as key reasons for its continued ranking. Commentary from the guide notes that the practice is “a substantial player in the New York white-collar world” that has “burst onto the scene with strong former prosecutors” and “good results for their clients.”

In this C&G client alert, Christian Everdell and Barbara Luse discuss a recent congressional report released by the Senate’s Permanent Subcommittee on Investigations that exposes how Russian oligarchs looking to evade U.S. sanctions are able to exploit loopholes in the art industry and calls for more regulation in a notoriously opaque industry which, according to the report’s findings, undermines one of the most fundamental tools that U.S. administrations use to pressure foreign governments against “bad behavior.”

Christian R Everdell analyzes the potential implications of the regulation of cryptocurrency as a result of Ryan Coffey v. Ripple Labs, Inc. in his latest article for Law360.

Christian R Everdell continues his examination of SEC enforcement actions regarding initial coin offerings in an article published by the New York Law Journal, this time analyzing the SEC’s response to RECoin, PlexCoin, and Munchee.

Even start-ups are being disrupted! In this article, C&G counsel Christian Everdell examines the SEC’s role in regulating Initial Coin Offerings.

Recently, legitimate businesses have begun to recognize the potential value of distributed ledger technology as a stand-alone technological innovation with numerous benefits, including, among other things, preventing money laundering. In this article, Christian R Everdell examines some of the potential applications of Blockchain technology to prevent crime.

Christian Everdell participated on the "Focus on CryptoCurrency: How to Identify Transactions that are Using Digital Currency to Avoid U.S. Sanctions" panel at the ACI's 11th Flagship Conference on Economic Sanctions: Enforcement & Compliance. The panel discussed how new payment methods are challenging the existing banking system for risk and compliance, how non-US companies use digital currency to avoid US sanctions rules, and how financial institutions can protect themselves.

Mark S Cohen and Muriel Goldberg-Darmon served as guest lecturers at the Université Paris I – Panthéon Sorbonne for the 2017 fall semester. They taught a course titled “U.S. White Collar Criminal Law” to students in the Master 2 (JD equivalent) program. The course covered the fundamental principles of U.S. criminal law and a review of the key participants in white collar criminal practice. The course also covered substantive white collar issues, such as FCPA, banking, and finance-related issues. Jonathan S Abernethy and Christian R Everdell served as visiting lecturers. Reggie B Schafer served as the course’s teaching assistant.