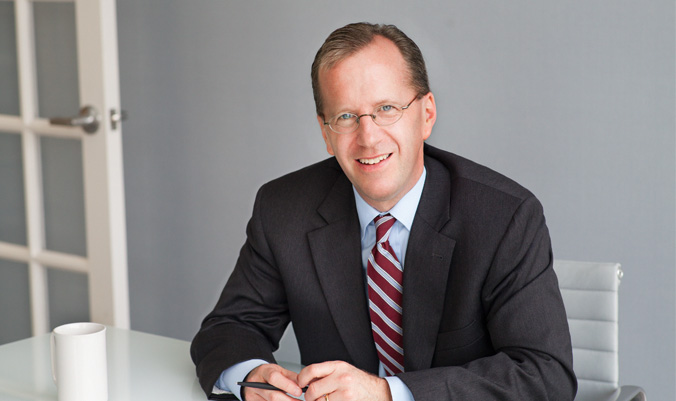 Prior to joining the firm, Jon served as an Assistant U.S. Attorney in the Southern District of New York, where he was a lead prosecutor on FCPA, money laundering, and financial fraud cases, and practiced at Fulbright & Jaworski.

Jon is a graduate of Stanford University and Columbia Law School, where he was a Harlan Fiske Stone Scholar. He served as a Law Clerk to the Honorable Ronald L. Buckwalter of the U.S. District Court for the Eastern District of Pennsylvania. Jon is a frequent lecturer and has written articles for the New York Law Journal, the ABA Securities Litigation Journal, and other publications.

Jonathan Abernethy represents clients in white collar criminal and regulatory investigations, internal investigations, and complex commercial litigation. He is an expert on the Foreign…

Won a motion to dismiss an FCPA complaint brought by the SEC against a former investment analyst for hedge fund Och-Ziff who had been charged with FCPA anti-bribery and books and records violations relating to mining investments by Och-Ziff in Africa.

Represented an engineering and construction company in an investigation relating to potential FCPA violations in the Middle East.

Led FCPA and anti-corruption due diligence for an energy company on an acquisition target in Mexico.

Led FCPA and anti-corruption due diligence for a mining company on an acquisition target in West Africa.

Representation of former Wynnefield Capital hedge fund analyst Peter Black in SEC v. Obus, an insider trading case brought by the SEC in the Southern District of New York, in which the jury returned a unanimous defense verdict after a two-week trial.

Representation of an individual in connection with criminal and regulatory investigations into the setting of LIBOR rates.

Representation of the audit committee of a multinational company in connection with an internal investigation relating to revenue recognition.

Representation of a hedge fund in an investigation by the New York County District Attorney’s Office into its trading practices.

Served as pool counsel for several employees in wire and mail fraud investigations by the U.S. Attorney’s Offices for the Southern and Eastern Districts of New York.

Represented a celebrity extortion victim in a case prosecuted by the Manhattan District Attorney’s Office.

Served as a lead prosecutor in an FCPA case involving a bribery scheme in connection with a state-run privatization program in Azerbaijan, which resulted in the conviction of Frederic Bourke in July 2009 in one of the few FCPA cases ever tried.

Chambers has recognized Cohen & Gresser in its 2020 USA guide for its achievements in General Commercial Litigation and White Collar Crime & Government Investigations. Chambers commentary highlights the firm's "thoroughness, quality, responsiveness, client care and availability,” noting that "the level of service is stellar, the work product is uniformly superb,” and that C&G is "a great firm with high quality across the board."

Chambers has recognized Cohen & Gresser in its 2018 USA guide. The firm is recognized for its excellence in General Commercial Litigation, Securities Litigation, and White-Collar Crime & Government Investigations.

Chambers notes that C&G is "a very high-quality firm" with "very smart, very capable people who are very dedicated to their clients," and that C&G attorneys "have great judgment and are excellent lawyers."

We are pleased to announce that the firm and four of its partners are recognized in the 2016 Chambers USA legal directory. This year's directory recognizes the firm in White Collar Crime & Government Investigations, Securities Litigation, and Patents. Read more

A recent ruling in favor of Cohen & Gresser client Peter Black marked the end of one of the longest SEC's trials in history.  AmLaw's Litigation Daily recognized this victory by naming Mark S Cohen as a "Litigator of the Week".

On Friday, May 30, 2014, a Cohen & Gresser trial team led by Mark S Cohen and Jonathan S Abernethy won a major trial victory on behalf of its client, Wynnefield Capital Inc. analyst Peter Black, in an insider trading case brought by the SEC.

Chambers USA ranked Cohen & Gresser's White Collar Defense group and listed its Securities Litigation group as a Recognized Practice. In its analysis, Chambers USA commented that the firm is "[n]oted for its litigation capabilities across the full spectrum of industry sectors" and has a "[r]espected white-collar crime and government investigations practice."

Cohen & Gresser is defending an individual accused of participating in an insider trading scam in a long-standing case brought by the SEC.  Law360 covered the beginning of the trial and Partner Mark S. Cohen’s opening statement.

This C&G Client Alert examines the proposed Insider Trading Prohibition Act recently unanimously approved by the Financial Services Committee of the U.S. House of Representatives. If the bill becomes law, it would simplify an inherently complex legal area, but might also lead to regulators and prosecutors bringing more insider trading cases.

In July 2017, a United States appeals court threw out the convictions of two men charged with Libor manipulation, because key evidence was derived from testimony that had been compelled in the United Kingdom, in violation of their rights under the US Constitution, with potentially broad implications for furture cross-border investigations. The Court of Appeals for the Second Circuit in New York ruled in US v Allen that the Fifth Amendment priviledge against self-incrimination extends to testimony compelled by other soverign governments. This article exmines the Allen ruling and its likely implications.

The SEC has recently signaled a renewed focus on the investigation and prosecution of accounting fraud with the creation of a Financial Reporting and Audit Task Force.  The Task Force will use sophisticated computer algorithms to mine financial filings looking for potential irregularities.  The SEC is expected to take a close look at companies particularly in the technology sector, and at revenue recognition.  The article examines recent public statements and SEC enforcement actions that help provide clues to the SEC’s renewed focus in this area.

South Korea’s equivalent to the FCPA is the Foreign Bribery Prevention Act or FBPA for short. Although passed more than 15 years ago, it was rarely used—until now.  Recent activity under the act is an encouraging sign that Korea may be stepping up its enforcement activity.

Recent court decisions concerning the interplay of the FCPA and personal jurisdiction over foreign nationals provide guidance for corporate counsel on FCPA risks. The bottomline—adopt, maintain, and continually update robust compliance and training programs throughout the organization, set the proper tone at management levels throughout the company, and, as appropriate, insist that third party intermediaries with whom the company works follow those same policies.

The long arm of U.S. law can be seen clearly in recent enforcement of the Foreign Corrupt Practices Act or FCPA, a criminal law prohibiting bribery of non-U.S. government officials. Companies whose operations even remotely touch the U.S. and who therefore could come within the FCPA’s jurisdiction should consider implementing anti-corruption compliance programs to prevent, detect, and remediate violations. Such programs can be a key mitigating factor in U.S. regulators’ decisions whether to bring an enforcement action or in the penalties sought if an action is brought.

The Guide addresses several key issues arising from the FCPA on which multinationals have long sought guidance, including (i) the elements of an effective anti-corruption compliance program; (ii) gifts and entertainment expenses; (iii) facilitating payments; (iv) the FCPA's broad definition of "foreign official"; (v) successor liability when a company merges with or acquires another company that has committed acts of bribery; and (vi) FCPA jurisdiction over foreign companies that do not trade on U.S. exchanges.

Examining how FCPA whistleblowers have been incentivized and the impacts this rewards structure may have on ‘business as usual’.

Examining the Dodd-Frank and US Foreign Corrupt Practices Acts  and ways in which companies can institute and augment compliance programs to mitigate the risks they pose.

The implications of the Galleon ruling in terms of white collar defense - specifically the growing use of wiretapping during insider trading investigations.

Mark S Cohen and Muriel Goldberg-Darmon served as guest lecturers at the Université Paris I – Panthéon Sorbonne for the 2017 fall semester. They taught a course titled “U.S. White Collar Criminal Law” to students in the Master 2 (JD equivalent) program. The course covered the fundamental principles of U.S. criminal law and a review of the key participants in white collar criminal practice. The course also covered substantive white collar issues, such as FCPA, banking, and finance-related issues. Jonathan S Abernethy and Christian R Everdell served as visiting lecturers. Reggie B Schafer served as the course’s teaching assistant.

Jon participated in a panel at the IBA’s 20th Annual Transnational Crime Conference in Lisbon, Portugal.  The panel, entitled “The Right to Silence When Everyone Else Is Talking,” examined the right against self-incrimination from the perspective of several countries in a world of increased cross-border information sharing between investigators, regulators, and prosecuting authorities.

This course will examine the legal principles surrounding extraterritorial application of U.S. criminal law and its limitations.  It will also cover methods U.S. prosecutors use to gather evidence overseas, as well as general principles of law concerning extradition of foreign nationals.

C&G partner Jonathan S Abernethy will speak at the 2014 Annual Conference of the International Association of Korean Lawyers (IAKL) at Fordham Law School in New York City.  Mr. Abernethy will be a panelist on the Conference’s Anti-Corruption Panel, and will address, among other subjects, recent trends in FCPA enforcement and how companies can mitigate risks through effective compliance programs and procedures.