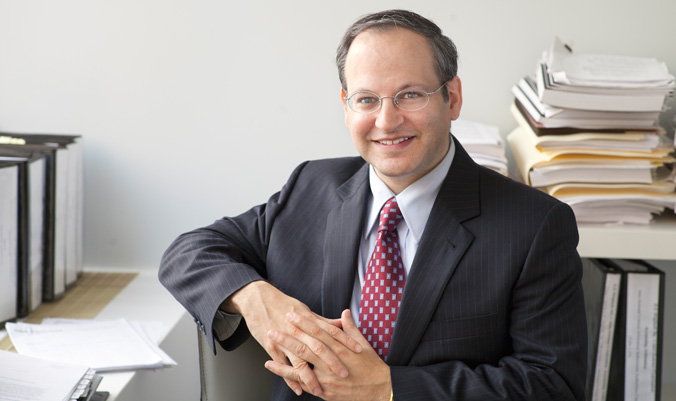 Dan has been recognized by The Legal 500’s U.S. guide in its securities litigation and commercial litigation categories for more than seven years. Clients describe him as an “incredibly smart” attorney who is “bright, attentive and creative” and receives praise for his “unique ability to quickly get up to speed on a complicated set of legal and factual issues.” Dan has been listed as one of New York’s Super Lawyers for business litigation each year since 2014, and he has also been recognized as a Litigation Star by Benchmark Litigation and as one of the top 100 lawyers in the New York metropolitan area by Super Lawyers each year since 2019.

Dan is a graduate of Columbia Law School, where he was a James Kent Scholar and a Harlan Fiske Stone Scholar. He is also a graduate of Harvard College, where he was a John Harvard Scholar and a Harvard College Scholar. Prior to joining the firm, he was a litigation associate at Simpson Thacher & Bartlett LLP. He also served as a law clerk to the Honorable Allyne R. Ross of the United States District Court for the Eastern District of New York.

Obtained summary judgment for major broker-dealer against both plaintiff and third party defendant in breach of contract case resulting from family dispute over account ownership as well as Second Circuit affirmance of judgment.

Obtained dismissal of all claims against major radio personality resulting from telephone call aired on radio.

Represent creditor in asserting fraudulent conveyance claims against lenders that received security interests and liens from affiliate of borrower.

Represented a real estate development company in a series of lawsuits regarding a $940 million lease.

Represented a major investment bank in defending against tortious interference and conspiracy claims brought by oil and gas company. Following the firm’s successful motion to transfer the case, plaintiffs voluntarily withdrew all claims.

Successfully represented energy company in trial court and on appeal in obtaining dismissal of claims by debt placement agent and summary judgment on counter claims.

Represented real estate development company in litigation against former officer regarding breach of contract and breach of fiduciary duty claims.

Successfully represented renewable energy company in obtaining declaratory judgment in contract dispute with shareholders and former executive that was affirmed on appeal.

Served as guardian for incapacitated person and prosecuted fraud lawsuit that settled favorably.

Represented Hulk Hogan in bankruptcies of Gawker and its founder resulting in favorable settlement.

Represent creditor in asserting fraudulent conveyance claims against lenders that received security interests and liens from affiliate of borrower.

Represented cosmetics company in adversary proceeding brought by debtor that had been a major customer.

Securities and Derivative Litigation and Investigations

Obtained dismissal and subsequent Second Circuit affirmance of Section 16(b) litigation against major investment bank in case of first impression.

Successfully obtained voluntary dismissal with prejudice and expungement order for registered representative despite being retained less than one week before arbitration hearings.

Represented telecommunications company and officer in litigation regarding preclusive effect of prior releases in securities class actions and bankruptcy reorganization resulting in favorable settlement.

For the seventh consecutive year, Cohen & Gresser has been ranked as a recommended New York law firm by Benchmark Litigation. In addition to the firm’s ranking, Mark S Cohen, Lawrence T Gresser, and Daniel H Tabak were all individually recognized in the publication’s 2019 guide.

For the sixth consecutive year, Cohen & Gresser has been ranked as a recommended New York law firm by Benchmark Litigation. In addition to the firm’s ranking, partners Mark S Cohen, Lawrence T Gresser, and Daniel H Tabak were all individually recognized in the publication’s 2018 guide.

The Legal 500 United States ranked Cohen & Gresser for its achievements in securities litigation in its recently released 2014 guide. Legal 500 noted that the firm is "young and nimble," naming Mark S Cohen as the leader of a team of "experienced lawyers who work at a more palatable price than competing firms."  Lawrence T Gresser and Daniel H Tabak are also recommended in light of their successful dismissal of a short swing profits case for Goldman Sachs, and C Evan Stewart was highlighted in the report as an "incredible trial lawyer with big case experience."