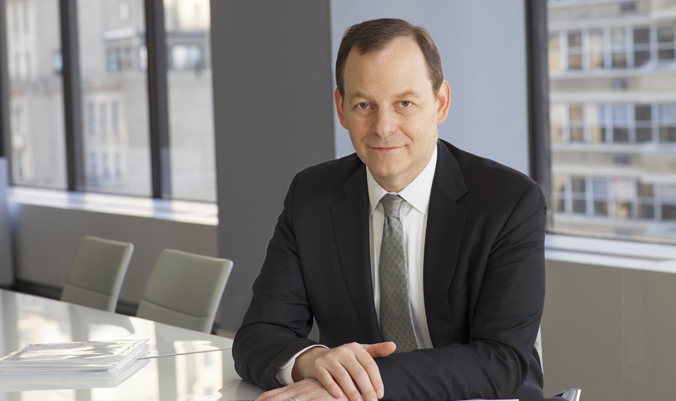 Stephen Sinaiko is a partner in the firm’s Litigation & Arbitration and White Collar Defense groups. He represents public and private companies, including broker-dealer firms, investment advisers, and other financial institutions, as well as individuals, in complex civil and criminal litigation. For more than 25 years, Steve has litigated securities-related and commercial disputes, including shareholder class actions, derivative actions, corporate control disputes, partnership disputes, business divorce cases, and disputes related to securitization. He also has experience in insurance coverage matters and employment-related disputes. He represents clients at trial and on appeal in state and federal courts and in commercial arbitration, as well as in grand jury investigations and in regulatory matters before the Securities and Exchange Commission, the United States Commodity Futures Trading Commission, the Financial Industry Regulatory Authority (FINRA), and other self-regulatory organizations.

Steve has been recognized by The Legal 500’s U.S. guide for his work in securities litigation and corporate investigations and white collar criminal defense, and has been described as “technically excellent, very responsive, with a ‘can do’ approach” and additionally that “anyone who hires him will not be disappointed.” Steve has also been included in the New York Super Lawyers list each year since 2017.

Recent highlights of Steve’s practice include representing special purpose vehicles established in connection with the multi-billion dollar securitization a of portfolio of aircraft and related assets in litigation with senior noteholders concerning the establishment of reserves. He also defended an investment adviser against more than a dozen customer claims arising from the 2007 collapse of two hedge funds, two of which resulted in defense awards after lengthy trials before FINRA arbitration panels, and represented a publicly-traded broker-dealer firm and its chief executive officer in connection with a whistle-blower claim by a former employee that, after more than 40 days of trial before a FINRA arbitration panel, was resolved successfully. Steve also represented the nation’s largest equipment rental company in shareholder litigation arising from a failed merger transaction, resulting in a dismissal of all claims that was affirmed on appeal in the Second Circuit.

In addition, Steve maintains an active pro bono practice, handling criminal appeals in the New York state courts on behalf of indigent defendants. His recent notable work in that area included a representation in which he successfully argued, before the New York Court of Appeals, for the unanimous reversal of a defendant’s conviction of a controlled substance offense and for clarification of the circumstances under which New York’s disorderly conduct statute can be the basis for warrantless arrests.

Steve previously was a litigation partner at Kramer Levin Naftalis & Frankel LLP, where he was an inaugural recipient in 2015 of the Marvin Frankel Award for Outstanding Pro Bono Contributions. He also served as a Law Clerk to the Honorable Henry A. Politz of the United States Court of Appeals for the Fifth Circuit. Steve graduated magna cum laude from the New York University School of Law, where he was elected to the Order of the Coif and was an editor of the New York University Law Review, and earned an A.B. with distinction in all subjects from Cornell University. He is proficient in French and Italian.

Stephen Sinaiko is a partner in the firm’s Litigation & Arbitration and White Collar Defense groups. He represents public and private companies, including broker-dealer…

Represented special purpose vehicles established in connection with the multi-billion dollar securitization of a portfolio of aircraft and related assets in litigation with senior noteholders concerning the establishment of reserves.

Represented special purpose vehicle established in connection with the securitization of a portfolio of jet engines in disputes with noteholders and the indenture trustee.

Defended an investment adviser against various customer claims arising from the collapse of two hedge funds with total capital exceeding $1.5 billion, obtaining favorable settlements in a number of cases and proceeding to trial in others. Served as co-lead counsel in one of those cases, which resulted in dismissal of all claims.

Defended a broker-dealer firm and its chief executive officer against Sarbanes-Oxley Act whistleblower claims based on allegations of insider trading that were resolved successfully after more than 40 days of trial before a FINRA arbitration panel.

Defended a publicly traded equipment rental company and certain of its directors and officers against purported class action securities fraud claims arising from a failed LBO transaction, resulting in a dismissal of all claims that was affirmed on appeal.

Represented a major investment bank in litigation arising from the collapse of Enron, including negotiating the favorable settlement of a fraudulent transfer action relating to a complex derivative transaction and arguing successfully for the application of Bankruptcy Code safe harbor provisions to obtain the dismissal of the avoidance claim relating to the unwind of a structured finance transaction.

Cohen & Gresser is pleased to announce the expansion of the firm's litigation and arbitration and white collar defense practice groups with the addition of partner Stephen Sinaiko to our New York office.

Partner Stephen Sinaiko will be on a panel addressing the fundamentals of a securities claim, existing precedent and evolving theories, as well as present an overview of the legal issues and strategic considerations that inform the filing of a securities class action at a New York City Bar CLE program.