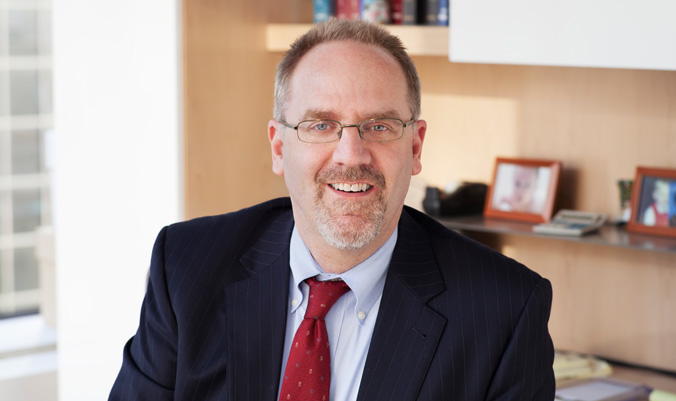 Gale Dick’s practice focuses on U.S. and cross-border corporate investigations, including workplace investigations, white collar criminal and enforcement matters, international commercial arbitration and litigation, and securities litigation and arbitration. His clients have included domestic and multinational corporations in the financial services, media, manufacturing, engineering, construction, health care, and consumer products sectors; boards of directors and audit committees; individuals; governmental and quasi-governmental entities; nonprofit organizations; and law firms and other professional service providers. Gale has also represented clients in matters involving intellectual property, defamation, and related First Amendment issues. Gale has been recognized in The Legal 500’s U.S. guide in its coverage for commercial litigation, securities litigation, and corporate investigations and white collar criminal defense. He has been described in the guide as “smart, practical and easy to work with” and it has been noted that his “skills are outstanding.” He was also named one of New York’s Super Lawyers for business litigation each year since 2018.

Gale is a Lecturer in Law at Columbia Law School, and was formerly a Teaching Fellow at the Columbia University Graduate School of Journalism, where he focused on media law issues. He is a member of the Advisory Board of the Institute for Transnational Arbitration and a former Managing Editor of the World Arbitration & Mediation Report and the American Review of International Arbitration. He has published widely on international arbitration, FCPA enforcement, and corporate investigations.

Prior to joining the firm, Gale practiced for ten years at Debevoise & Plimpton LLP. He also served as a law clerk to Judge Robert D. Sack of the U.S. Court of Appeals for the Second Circuit and Judge Eugene H. Nickerson of the U.S. District Court for the Eastern District of New York. He is a graduate of Columbia Law School, where he was a James Kent Scholar and a Harlan Fiske Stone Scholar.

Internal investigation for a leading financial institution of mispricing of subprime securities, and follow-on regulatory investigations and employment actions.

Advise US and foreign issuers in responding to regulatory investigations by the SEC, CFTC, FINRA, Department of Justice, and state government agencies.

This article addresses Amazon’s recent launch of Amazon Giveaways, a self-service sweepstakes promotion tool that will likely result in thousands of sweepstakes that are subject to an identical set of terms and conditions.  The article explains how this flood of sweepstakes is likely to shift perceptions of what constitutes a lawful sweepstakes in the social media age, particularly in terms of acceptable methods of entry, such as requiring participants to follow the sponsor on Twitter.

Recent court decisions concerning the interplay of the FCPA and personal jurisdiction over foreign nationals provide guidance for corporate counsel on FCPA risks. The bottomline—adopt, maintain, and continually update robust compliance and training programs throughout the organization, set the proper tone at management levels throughout the company, and, as appropriate, insist that third party intermediaries with whom the company works follow those same policies.

The Guide addresses several key issues arising from the FCPA on which multinationals have long sought guidance, including (i) the elements of an effective anti-corruption compliance program; (ii) gifts and entertainment expenses; (iii) facilitating payments; (iv) the FCPA's broad definition of "foreign official"; (v) successor liability when a company merges with or acquires another company that has committed acts of bribery; and (vi) FCPA jurisdiction over foreign companies that do not trade on U.S. exchanges.

Examining how FCPA whistleblowers have been incentivized and the impacts this rewards structure may have on ‘business as usual’.