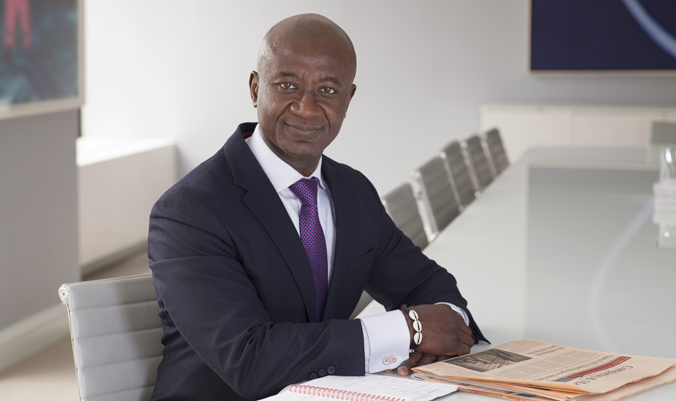 Kwaku Andoh is a partner at Cohen & Gresser and the head of the firm’s M&A practice and its Africa practice. He regularly advises on domestic and international mergers and acquisitions, strategic investments, joint ventures and other corporate transactions, as well as general corporate counseling. Kwaku has substantial experience in deal negotiation and documentation across a broad spectrum of industries, including information technology, biotechnology, consumer products, energy and commodities, and the financial services sector. Kwaku is recognized as one of New York’s Super Lawyers for mergers and acquisitions.

Prior to joining the firm, Kwaku served as Managing Director & Associate General Counsel of JPMorgan Chase, where he advised on over $10 billion in mergers and acquisitions transactions, investments in FinTech startups, and venture capital transactions for all JPMorgan Chase lines of business worldwide.

Kwaku Andoh is a partner at Cohen & Gresser and the head of the firm’s M&A practice and its Africa practice. He regularly advises…

Cohen & Gresser has also hosted writers such as Yaa Gyasi, author of the novels Homegoing and Transcendent Kingdom, Zia Haider Rahman, author of In the Light of What We Know, and Fatima Farheen Mirza, author of A Place for Us.

Publication:
View
Related Attorneys:
Kwaku Andoh
Office:
New York
African Industry Leadership Series: An Inside Look at the Emerging Sports and Entertainment Sectors
Watch the full recording. Africa is quickly emerging as a global leader of international sports and media content. Driven by a younger population and the wide-spread adoption of modern technologies, the African sports and entertainment sectors have reached new audiences worldwide. The growing global demand for original African content has opened up new and exciting opportunities for international investors. On March 30, Cohen & Gresser and Altica Partners hosted an insightful discussion about two of Africa’s fast-growing sectors – Sports and Entertainment. This event was the first in C&G and Altica Partner’s “African Industry Leadership Series,” which partners with African business leaders to provide a closer look at the exciting opportunities for investors in Africa’s emerging markets through the lens of local leaders. During the discussion, C&G’s Kwaku Andoh and Dawda Jawara interviewed Victor Williams, CEO of NBA Africa and Dayo Ogunyemi, Founder of 234 Media, about their careers and how their sectors have evolved in recent years. Victor and Dayo shared anecdotes and offer insights into some of the exciting opportunities in Africa. Topics included:
Publication:
View
Related Attorneys:
Dawda Jawara, Kwaku Andoh
Offices:
New York, London
Law, Industrialization & Technology in Africa