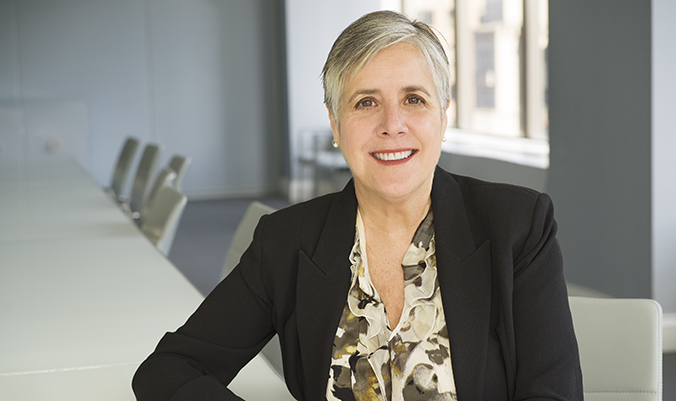 Melissa H Maxman is the Managing Partner of the firm’s Washington, D.C. office. She has decades of litigation experience at both the trial and appellate levels, primarily in the areas of antitrust, RICO, environmental law, complex commercial disputes, and white collar defense. She has extensive experience advising domestic and foreign corporations on global antitrust issues. She has represented clients in complex civil and criminal matters before the Federal Trade Commission, the Antitrust Division of the Department of Justice, and in private civil matters. Melissa has been recognized in The Legal 500’s U.S. guide in the commercial litigation and corporate investigations and white collar defense categories, where she is described as a “brilliant thinker and lawyer.” She has also been named one of Washington, D.C.’s Super Lawyers each year since 2011.

Melissa has been a member of the American Law Institute since 2003. She is also an Advisory Board member for the Institute for Consumer Antitrust Studies and is Co-Chair of the ABA National Institute on Class Actions. She is the immediate past chair of the Dean’s National Advisory Council for the Columbian College of Arts and Sciences at the George Washington University. She serves as Co-Chair of the Exemptions and Immunities Committee of the ABA Antitrust Section.

Melissa H Maxman is the Managing Partner of the firm’s Washington, D.C. office. She has decades of litigation experience at both the trial and…

Co-Chair, Exemptions and Immunities Committee of the ABA Antitrust Section

Representation of a gasoline and diesel sales and distribution company defending allegations of monopolistic behavior brought in private litigation.

Served as lead counsel in parens patriae antitrust suit brought in the Commonwealth of Pennsylvania by then-Governor Thomas W. Corbett, Jr., on behalf of Pennsylvania citizens for injunctive relief against the National Collegiate Athletic Association (NCAA) to prevent the NCAA from imposing sanctions against Penn State on the basis that sanctions imposed antitrust injury on Pennsylvania and its citizens.

Represent class of NCAA Division I male basketball and football players in a civil antitrust lawsuit against the NCAA to eliminate its rule prohibiting players from obtaining compensation while in college.

Conducted internal investigation into allegations of cartel activity by a major pharmaceutical manufacturer and successfully persuaded the DOJ Antitrust Division not to prosecute.

Defended one of the country’s largest manufacturers of disposable cups and plastic cutlery against allegations of criminal and civil cartel activity in the industry; no criminal charges were brought and obtained dismissal of civil case.

Represented a road salt manufacturer in a criminal antitrust investigation by the DOJ Antitrust Division and various state attorneys general, avoiding any charges against the client.

Represented a major beverage company in a dispute with a competitor over access to a group of Pennsylvania colleges.

Represented a variety of companies challenging competitors’ allegedly anticompetitive practice before the FTC.

Represented GTE in the merger with Bell Atlantic before the Pennsylvania Public Utility Corporation to create Verizon Communication.

Represent a game and fantasy production and publishing studio on structuring distribution contracts to avoid “free rider” problems, and negotiating directly with distributors and their counsel to avoid litigation.

Co-chair of Foreign Plaintiffs Committee representing Swiss and English companies as the only foreign national plaintiffs in antitrust monopolization action against Microsoft.

Represented Canadian energy company in ongoing antitrust advice relating to its joint venture with another international energy company, including drafting its antitrust compliance manual, assisting in the preparation of videos and other training materials, and assisting in the maintenance of appropriate records confirming that all relevant employees have been fully trained.

Representation of a company defending allegations of improper labeling brought by the Federal Trade Commission.

Obtained dismissal of civil False Claims Act suit relating to allegations of falsified customs records on behalf of an international manufacturer of transit buses as well as represented client in related breach of contract and employment disputes.

Representation of witnesses subpoenaed to testify before Congress.

Represented a group of automotive dealers in litigating civil RICO and antitrust claims against a car manufacturer, its parent company, and other defendants.

Defended a non-profit corporation in a lawsuit under the Colorado RICO and other state statutes regarding ownership and valuation of a golf resort.

Represented well-known professional athlete in contract litigation over the terms of a shoe endorsement deal.

Defended one of the largest manufacturers of disposable cups against claim before the Better Business Bureau regarding adequacy of company’s advertising language with respect to environmental issues.

Represented family planning organization in the first civil Freedom of Access of Clinic Entrances Act case litigated in the Third Circuit; winning summary judgment for enforcement of the Act.

Represented a food manufacturer in successfully obtaining injunctive relief in a dispute relating to the importation of organic sugar.

Represented a defense contractor in intellectual property litigation regarding the ownership of complex code.

Represented an accounting firm in a professional liability suit brought by a former client.

Represented the audit committee of a transportation company in a major FCPA internal investigation arising out of its bus sales in Angola.

C&G helped secure a victory in a case alleging that President Trump violated the Foreign Emoluments Clause of the Constitution by accepting benefits from foreign governments without seeking and obtaining congressional consent. C&G represents five legal historians who filed an amicus brief citing extensive historical sources demonstrating that the Founding Fathers shared the plaintiffs’ definition of emoluments. Judge Emmet Sullivan of the U.S. District Court for the District of Columbia, in denying Trump’s motion to dismiss for failure to state a claim, expressly stated that “[t]he Court appreciates the illuminating analysis provided by the amici,” and that “Amici Legal Historians soundly reject the President’s narrow definition of Emolument as inaccurate, unrepresentative, and misleading.”

This is the second time a district judge has relied in large part upon our legal historian clients’ brief in construing the Emoluments Clause.

Melissa H Maxman was quoted in a Bloomberg article regarding Google’s internet dominance and the effects on internet searches, noting that “bringing plaintiff cases in the U.S. will be challenging, especially after the Federal Trade Commission closed its investigation of Google in 2013.”

Cohen & Gresser is pleased to announce the opening of its fourth office in Washington, D.C. The Washington office will be led by partner Melissa H Maxman, and will handle a range of commercial litigation and regulatory enforcement matters, with a focus on U.S. antitrust issues, criminal and civil litigation, and compliance and regulatory disputes in the federal agencies.

Melissa H Maxman presented a CLE on "Preventing and Defending a Private Civil Class Action Price-Fixing Lawsuit: Best Practices for a New Decade" at a program hosted by Lawline.  She outlined clear steps to ensure the best strategies to prevent and defend against different types of anticompetitive allegations.

Melissa H Maxman appeared on an episode of Our Curious Amalgam’s podcast series, titled “When is Doing Good Bad? Antitrust in Social Responsibility Agreements,” hosted by John Roberti, leader of the Antitrust Section of the American Bar Association.

Listen to the episode here.

Melissa H Maxman participated in a presentation, titled “The Incoherent Justification for Naked Restraints of Competition: What the Dental Self-Regulation Cases Tell Us about the Cavities in Antitrust Law” at the 19th Annual Loyola Antitrust Colloquium at the Loyola University Chicago School of Law.

Partner Melissa Maxman appeared on Legal Talk Network’s podcast series ‘On the Road’ on the ‘Antitrust Exemptions in Sports--& More!’ episode. She joined host Creighton Macy of Baker McKenzie, and panelists Sathya Gosselin of Hausfeld and Kim Scott of Miller Canfield, in a discussion about antitrust exemptions in sports, antitrust careers, and litigating sports cases.

Melissa Maxman was a panelist at this event.

Melissa Maxman was a panel chair for this event.

Melissa was a panelist for this event.

Melissa was a primary commentator at this event.

Related Attorneys:
Melissa H Maxman
Office:
Washington, D.C.
Responding to Government Investigations: What to Do When the Government Comes Calling

Related Attorneys:
Melissa H Maxman
Office:
Washington, D.C.
Antitrust at the Speed of Byte: Will enforcement agencies and private parties be able to keep up with the fast-paced IT world as it continues to accelerate?

Melissa was a speaker at this CLE course.