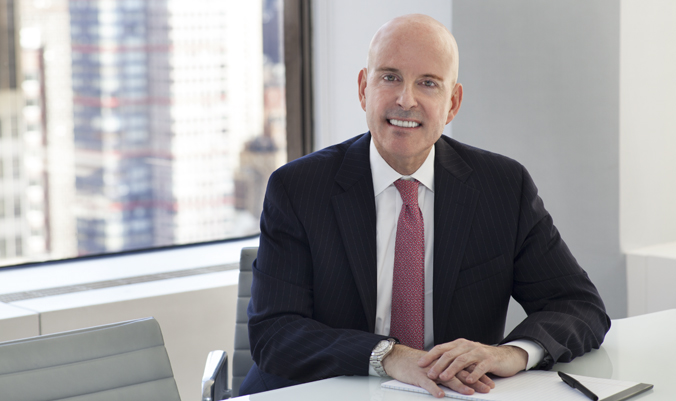 Nicholas Kaiser is a partner at Cohen & Gresser’s New York office. He has over thirty years of experience as a real estate, corporate and tax lawyer, providing business solutions to publicly and privately held companies. Nicholas began his career at the Wall Street law firm Cahill Gordon & Reindel as a transactional tax attorney focused on all aspects of mergers and acquisitions, leveraged finance, and tax-structured real estate investments including state, federal and international issues. Nicholas advises clients in structuring corporations, limited liability companies, and partnerships to acquire real estate, operating businesses and other investments. He also represents clients in structuring sales, mergers, spin-offs, and other commercial transactions and in the day-to-day tax issues that arise in operating businesses. He works seamlessly with clients’ internal and external accountants and advisors to optimize clients’ outcomes.

Nicholas’s broad-based real estate practice focuses on all aspects of property acquisition, development, construction, finance, disposition and leasing. He serves as general counsel to one of the largest boutique hotel owners/operators in Manhattan. Nicholas is also general counsel to one of the earliest developers of luxury property in Williamsburg, Brooklyn and closed the largest development site acquisition in North Williamsburg in 2013 for this client. He is also lead counsel to the developers of the two largest hotels and mixed use projects in Williamsburg. Nicholas also represents national and individual retail tenants in leasing matters. He has represented borrowers and lenders in over $750 million of mortgage loans since 2010. Nicholas structures tax-free 1031 exchanges, sponsor/investor operating agreements with complex waterfalls, and local and state tax, transfer tax, and mortgage recording tax matters. He also has extensive experience advising both lenders and borrowers on asset-based and project financing. Nicholas is recognized as one of New York’s Super Lawyers for real estate.

Nicholas Kaiser is a partner at Cohen & Gresser’s New York office. He has over thirty years of experience as a real estate, corporate…

Cohen & Gresser advised Reliance Trust Company, a corporate fiduciary, in its $14.5 million sale of 571 Fulton Street in downtown Brooklyn to RedSky Capital. The complex deal spanned nine months and involved complicated lease issues as well as trust and estate and title issues originating in the 1930s. The sale of the property, which had been an asset in a trust for nearly 60 years, is a significant liquidity event for the beneficiaries. The property is also a key asset in RedSky Capital’s extensive redevelopment of Fulton Street.

Nicholas J Kaiser assisted developer Murat Agirnasli and partners with the filing of an offering plan for a 54-unit condominium at 570 Broome Street, with the target sellout for the apartments at $149.2 million. Nicholas worked on the real estate assemblage, acquisition, and construction financing, as well as the off-site leasing office work for the project.

The Real Deal covers the selling of a Garment District development site for $54.3 million by Ronald Domb's Empire Hotel Group. C&G attorneys Nicholas Kaiser and Matthew Povolny represented Sam Domb and the Empire Hotel Group in this sale, which was accomplished in ten days from offer to purchase to closing.

This article provides insight into the key players inside Brooklyn's booming tech startup market. including CartoDB, a software company considered one of the hottest tech startups.  Their space is the first major tech industry lease of office space in Bushwick, and was prepared and facilitated by C&G's Nicholas Kaiser.

Nicholas Kaiser played an instrumental role in a recent deal for Heritage Equity Partners, who secured a $70 million loan for the construction of an eight-story boutique office property in Williamsburg with floors ranging from 30,000 to 50,000 square feet each. Andrew Por also assisted with the this deal, and it has been covered in Crains New York, The Real Deal, and Law360.

C&G Counsel Nicholas Kaiser played an instrumental role in a recent deal for Heritage Equity Partners, who secured a $40 million construction loan for an eight-story, 150-room boutique hotel property in Williamsburg. Andrew Por also assisted with the this deal, and it has been covered in Crains New York and Law360.

Experts are saying that macroeconomic changes like rising interests rates could reverse the peaking commercial real estate values in Midtown Manhattan in the near future. C&G's Nicholas Kaiser weighs in on this issue during an interview with Law360.

Nicholas Kaiser speaks to The Real Deal about the Carlyle Group and Capstone Equities’ plans to rent out their highly lucrative signage in their Times Square office building.

With inventory low and rents skyrocketing across New York City, retail store owners and developers alike are increasingly being drawn underground. Nicholas J Kaiser speaks to Law360 about cheaper rents and unique store layouts for those who can successfully negotiate the tax and zoning hurdles.

The EB-5 immigration program that allows foreign investors to make equity commitments in real estate developments in exchange for visas has grown in popularity for retail and mixed-use projects. Nicholas J Kaiser speaks about its complexity and impact on various transactions.

The program will address legal and tax issues in the country where the property is located, as well as in the investor's country of residence or country of nationality.

*Program is in French